We would like to offer our sincere support to anyone coping with grief. Enter your email below for our complimentary daily grief messages. Messages run for up to one year and you can stop at any time. Your email will not be used for any other purpose.

Share a memory
Obituary & Services
Tribute Wall
Read more about the life story of Mr. Robert and share your memory.

Robert Paskin Longino, Jr. was affectionately known as “Juicy”. He acquired this name because his loving brother George “Stick” Longino could not quite say JR as a young child. Instead, he made sure that everyone knew that “Juicy” was born and that was his brother and the name just stuck.

Juicy joined Dixie Hills First Baptist Church in his teenage years under the leadership of Rev. R. D. Sutton. During his active years at Dixie Hills, he served as a trustee, and he sung in the Male Chorus.

Juicy had many hobbies, but his main two were freshwater fishing and golfing. His hobbies did include deer hunting, bowling, playing the harmonica, playing the washboard, Ham-boning, singing, being an assistant coach to his brother Skeet with the Homestead Grays youth baseball league, and teaching/ operating the golf program at John A. White Park Golf Course.

To send flowers to the family or plant a tree in memory of Mr. Robert Paskin Longino, Jr. "Juicy", please visit our floral store.

This event will be live-streamed 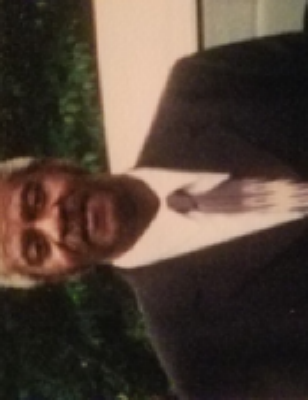 In Loving Memory Of

Look inside to read what others
have shared
Family and friends are coming together online to create a special keepsake. Every memory left on the online obituary will be automatically included in the book.

In Loving Memory Of

Look inside to read what others have shared


Family and friends are coming together online to create a special keepsake. Every memory left on the online obituary will be automatically included in the book.

Please note
These services will be recorded and streamed live. If the event is interrupted at any time due to technical issues, the entire event will be uploaded and available to view later in the day. Please copy and paste the link to share, or simply click on the link to view the event. https://vimeo.com/event/2848548
SHARE OBITUARY
© 2023 William Gayleano Murray & Son Funeral Home, Inc.. All Rights Reserved. Funeral Home website by CFS & TA | Terms of Use | Privacy Policy | Accessibility